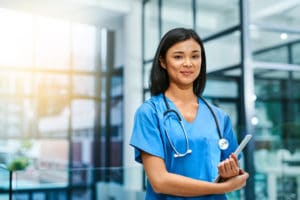 Earlier this month (December 3, 2019), the Sixth Circuit Court of Appeals issued a favorable opinion for employee rights under the Americans with Disabilities Act (ADA). In Morrissey v. Laurel Health Care Company, the plaintiff was a licensed practical nurse that was forced to quit her job because her employer would not accommodate her work restrictions, which included a reduced or modified work schedule. The employer had a policy that denied accommodations and work restrictions unless they were due to a work related injury. Our Columbus ADA Disability attorneys provide a full analysis in this article.

1. In determining whether an employee is disabled, pre-2008 (prior to the Amendment to the ADA) case law is no longer good law.

3. A claim based on a termination or constructive discharge for a failure to accommodate is properly analyzed under the direct evidence method.

4. A reasonable accommodation includes “job restructuring, part-time or modified work schedules, reassignment to a vacant position . . ., and other similar accommodations for individuals with disabilities.” 42 U.S.C. § 12111(9)(B)

Rita Morrissey was employed as a licensed practical nurse working at The Laurels of Coldwater (“Coldwater”) from 2001 until 2016. In 2012, she informed Coldwater that, due to physically disabling issues with her back, she could not work more than twelve-hours per shift. In support, she submitted a note from her primary care physician and other health care professionals.

In December 2015, Coldwater transitioned two of its three nursing units, including Morrissey’s, to twelve-hour shifts. Morrissey was concerned about this transition because Coldwater would mandate its nurses to work more than twelve-hours when the next shift was not fully staffed. Before a nurse was mandated to stay for more than twelve-hours, Coldwater management would call around to see if they could get the shift covered voluntarily. If they could not, a nurse that was currently working that shift had to stay on beyond the twelve-hours. To determine which nurse’s turn it was to be mandated, Coldwater followed an unwritten procedure. Management maintained a list that kept track of which nurse had been mandated most recently. That nurse was moved to the back of the list and so forth. In the case of a tie, the selection was alphabetical.

The circumstances changed on January 31, 2016, however, when Morrissey was mandated by Coldwater to stay and work a 13.5-hour shift. Morrissey testified that, upon learning that she would have to work more than twelve hours, she told her manager that she had a twelve-hour work restriction that had to be honored under the Americans with Disabilities Act, but the manager responded that she was unaware of Morrissey’s restriction or accommodation and that the manager had “no control” over the situation. The next day, Morrissey said that she spoke with the Michigan Equal Employment Opportunity Commission (EEOC) and left a message with a Coldwater corporate officer.

Five days later, the situation deteriorated further. During Morrissey’s February 4, 2016 shift, she was informed that she was going to be mandated to work sixteen hours because a replacement nurse had called off from work. Morrissey testified that it was not her turn to be mandated; in fact, it was another nurse’s turn. The other nurse corroborated that it was her turn to be mandated in an affidavit. In the middle of the shift, Morrissey went to speak with the Director of Nursing about being mandated to work more than twelve hours, but the DON, purportedly, told Morrissey that there was nothing she could do. Morrissey left prior to her shift ending and never returned to Coldwater.

There are two methods of proof that can be utilized to prove disability discrimination: Direct and Indirect Evidence. Here, the Sixth Circuit held that the direct method applied, stating:

When an “employer acknowledges that it relied upon the plaintiff’s handicap in
making its employment decision, the McDonnell Douglas burden shifting approach is unnecessary because the issue of the employer’s intent, the issue for which McDonnell Douglas was designed, has been admitted by the defendant and the plaintiff has direct evidence of discrimination on the basis of his or her disability.”

Morrissey’s claims included: 1) a failure to accommodate and constructive discharge claim, and 2) a retaliation claim. Morrissey told Coldwater that she could not work more than twelve-hours per shift
because she suffered from a disability as defined by the ADA. That was enough to establish that she was disabled and that her employer was aware of it.

To state a claim for failure to accommodate under the direct method, an employee must show first that she is disabled, and second that she is otherwise qualified for the position despite his or her disability: (a) without accommodation from the employer; (b) with an alleged essential job requirement eliminated; or (c) with a proposed reasonable accommodation.

Morrissey testified that Coldwater had a policy whereby it did not accommodate any employee’s medical restrictions unless the injury was job-related. On February 4, 2016, Morrissey was required to work a 16-hour shift because Coldwater would not honor her requested accommodation. As a result, she was forced to quit her position. The Sixth Circuit held that this was evidence of discrimination and that the case should be resolved by a jury.

Retaliation for Requesting an Accommodation

To establish a  case of retaliation, an must show that (1) she engaged in activity protected under the ADA; (2) the employer knew of that activity; (3) the employer took an adverse action (eg. termination or constructive discharge) against the employee; and (4) there was a causal connection between the protected activity and the adverse action.

The Sixth Circuit also determined that the facts provided evidence that Coldwater retaliated against Morrissey for requesting a reasonable accommodation under the ADA and that it resulted in her constructive discharge.

If you believe that you have been discriminated against because of your medical condition or disability, or that your employer has failed to accommodate your medical condition, contact your Columbus Ohio employment attorneys at Mansell Law. Our lawyers have substantial experience in handling ADA cases. Call us today or submit an inquiry on our website.